The so called “live edge” is popular these days, where slabs of wood are used for furniture that still have the bark on the edge. I’ll admit that I’m not a big fan of the look, but it can be attractive in the right setting. So, what do you do if you can’t get your hands on some of it? Can it be convincingly faked? Let’s see!

I started with a piece of 1″ thick rough maple:

I then cut one edge of that to a wavy shape that is meant to look like the outside of the tree. I rounded over the corners slightly with a flap sander in my angle grinder, then cut cross-hatch patterns with a thin cutting blade:

These cuts add bark texture. Or, at least they are supposed to.

Next step is to take a torch to it and scorch the wood: 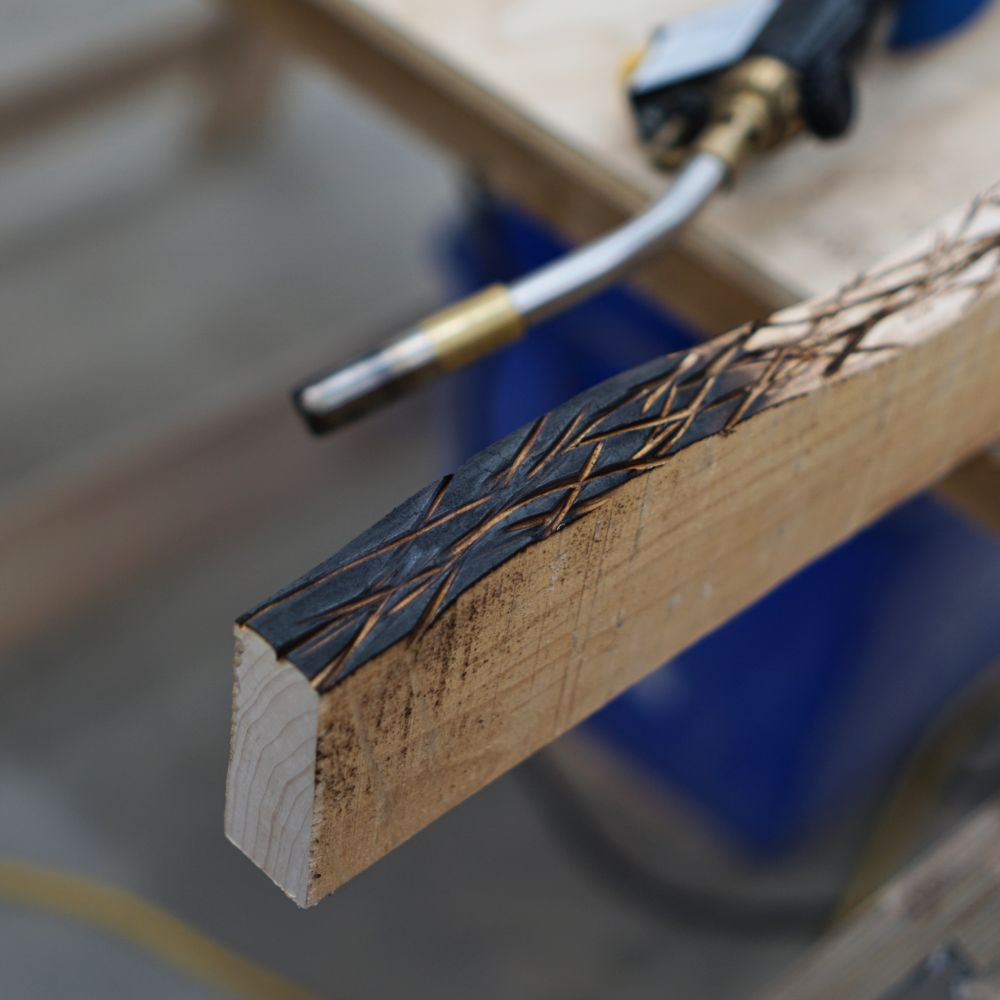 This turns the wood black and by brushing it between burns, will even out the texture.

After much more burning and brushing, it looks like this:

I paid extra attention to the edges to give the bark some real depth. To solidify the burned wood, I brushed on several coats of amber shellac and let that dry for two hours.

Next, I sanded down the faces of the board to clean it up and it revealed an interesting effect near the edge – these flecks of dark grain:

Not sure if this is from the burning or the shellac, or a combination of both.

The burned edge is just a charcoal black colour, but real bark usually has some red-brown colour to it, so I wiped on a few coats of a tinted polyurethane and that seemed to be an improvement:

Of course, this was just quickly and roughly done to test out the concept. I’m sure better results would come with practice and spending a bit more time on it. Overall, though, I do think it looks pretty good. Especially if you don’t look at it too closely or if you are unfamiliar with the appearance of real bark.

A closer look at the “bark” texture. Burning it deeply will create the cracks and fissures that can make it look more like real bark:

Adding the right colour after the burn seems to be the critical part. It needs to give the char that reddish-brown hue that real bark has.