My new wooden bar clamps have been taking up space with the other clutter I have on my workbench, so I figure it time to build a simple clamp rack to hold them. First, I laid them out side by side to get an idea of the spacing needed between each clamp: 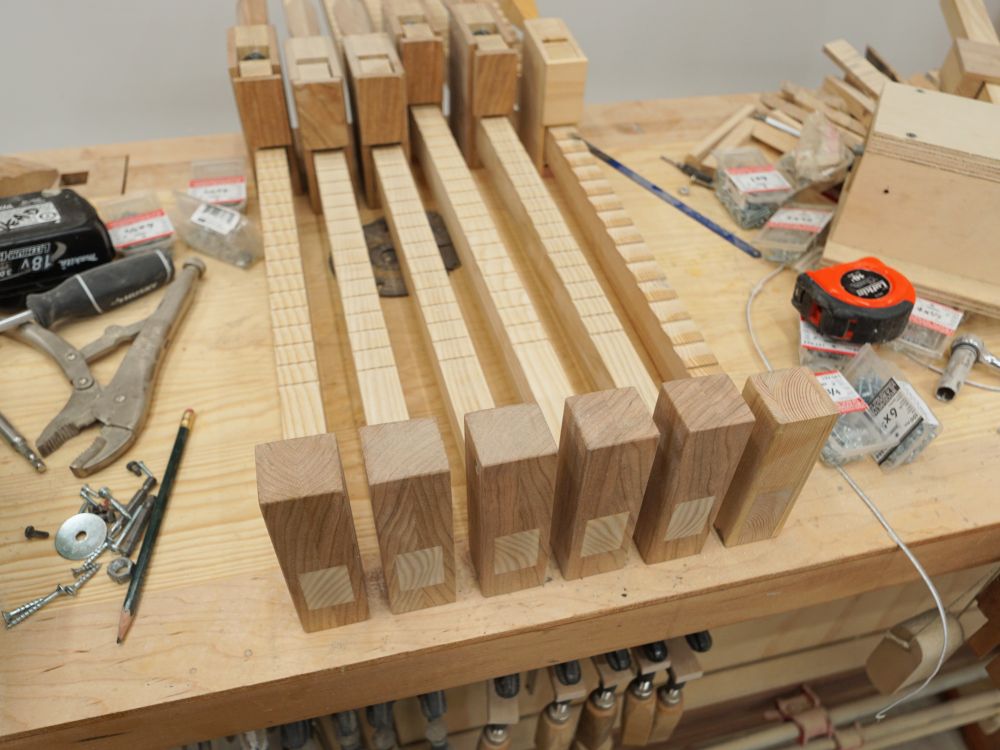 Then I picked a good location to place the clamp rack. Not much point making it until I know where it will go and how big it can be:

The corner beside my tool board is a perfect place to put them.

So, I know the spacing and I know where it will go, next I need to decide on how it will be made and what it will be made from. I want to keep this as simple as possible, so just a bar made from scrap spruce and a piece of 1/4″ thick plywood to make the dividers:

I made the dividers just a bit wider than the clamp bar and used one as a spacer to set them the right distance apart:

I rounded over the ends of the dividers to make it easier to slide the clamps in and attached them with glue and a single brad.

I started with the bar longer than I needed before fastening the dividers, then trimmed off the excess on the end:

I mounted it on the wall with just one screw into a stud near the middle. A couple of dabs of construction adhesive on the back at each end help to keep it level:

Of course, after it was up I thought it would look better if it was centered in the space, rather than up tight against the tool board, but left it as is. It is just a simple clamp rack, after all.