This one is different in that it started out as a project, but really didn’t end up being one. The original goal was to design and build a dedicated  jig for sharpening saw blades that would be powered by my bench grinder. In the end, I took the “easy” way instead, but the story may be interesting to some of you.

It started back in January 2017 when I found a diamond grinding wheel online and ordered it. When it arrived, I made this Instagram post, and that’s what I just had to check to get the date on when I first got the wheel. I knew it was months ago, but I didn’t realize it was more than a year! 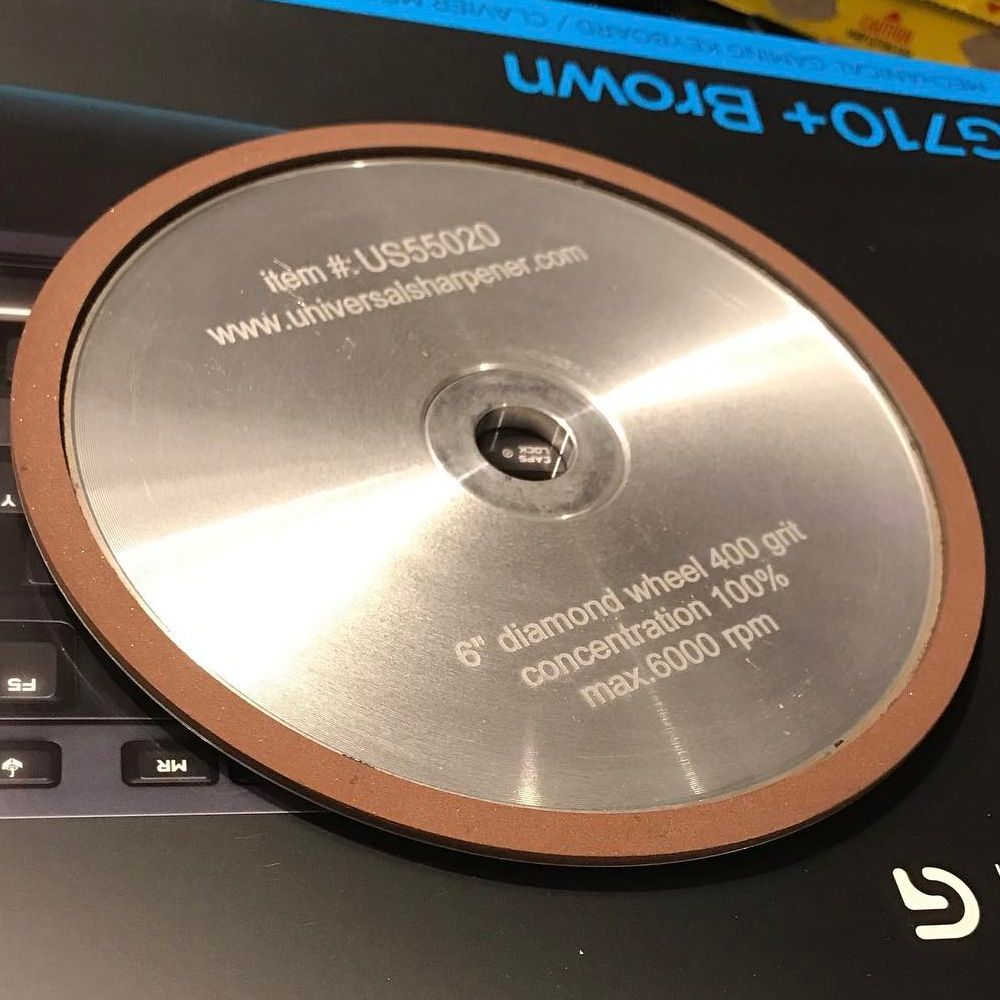 Anyway, with the wheel in hand, I went out and started work on making it fit on my bench grinder. That grinder is a very rarely used tool in my shop, so I figured it would be perfect for this. A problem was that the shaft to mount the wheel on is made for thicker grinding stones, and the diamond wheel is much thinner. So I had to make a spacer to adapt it and the first part of this video shows what I did to get it to work. It then goes on to show how I gave up on the original concept and used the table saw instead:

So, what happened? Why did I change my mind on building the jig? Well, I haven’t, not really. It’s still my intention to finish building the jig, but I don’t have the time right now to devote to it and I actually needed to sharpen some saw blades – every one of mine were dull.
So I took the faster and easier route to get that done, and also use up the footage I shot while mounting the wheel on the grinder. The longer I leave unused video clips lying around on my computer, the more likely it will be that I’ll accidentally delete them.

Going back to the start, my plan was to mount the wheel on the grinder and get that part done (and I did…), and then take the time to design the blade holder that would make up the rest of the machine (which I didn’t…). However there are other things things that need to be done before I can build the blade holder, mainly the grinder would need to be moved to a more stable stand. Right now it’s mounted on my flip top outfeed stand for the table saw, and that is simply not solid enough or convenient to access to use for this. I would need to build a new stand for it, and once again I don’t have the time right now to devote to that.

In the meantime, I could have made a simple guide that worked with the wheel mounted in the table saw, and in hindsight I should have done that. At a minimum it would have made the sharpening process on the ten blades I did end up sharpening go a bit faster. Instead I just free-handed it by eye.
Since I’m taking off very little from each tooth, freehand sharpening like I did won’t throw off blade balance. You just need to make sure that you do each tooth equally, especially if you sharpen it several times.

As for how well it worked, the teeth seem to be nearly as sharp as they were when the blade was new. I did a test cut in a piece of maple that is 1-1/2″ thick at the end of the video above and it went through that easily without any burning: 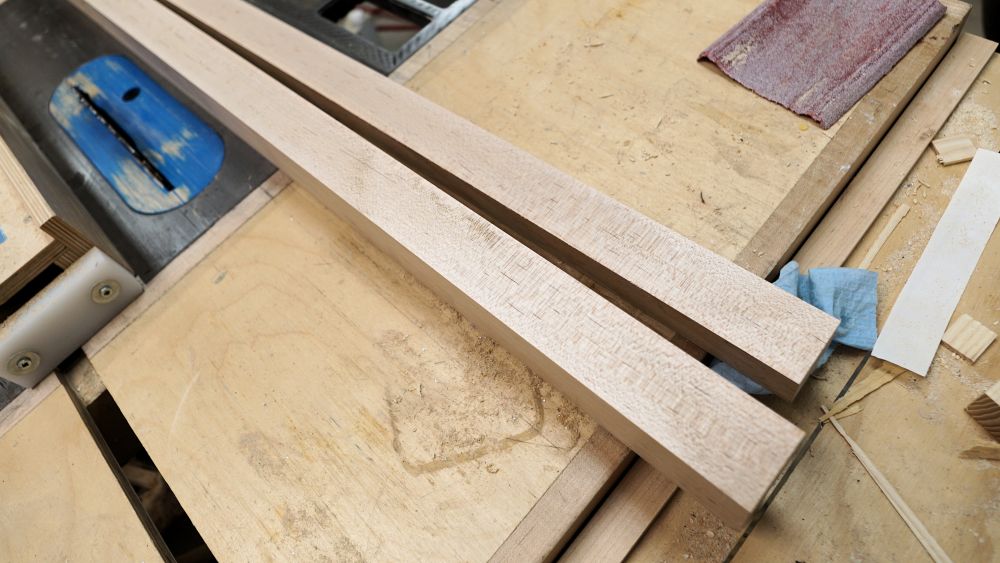 There was some binding at the first of the cut and my saw is not overly powerful, but the improvement is there.

Like I said, I could have made a simple guide to index the blade, but using the tape stuck to the table saw top to locate the centre worked well enough: 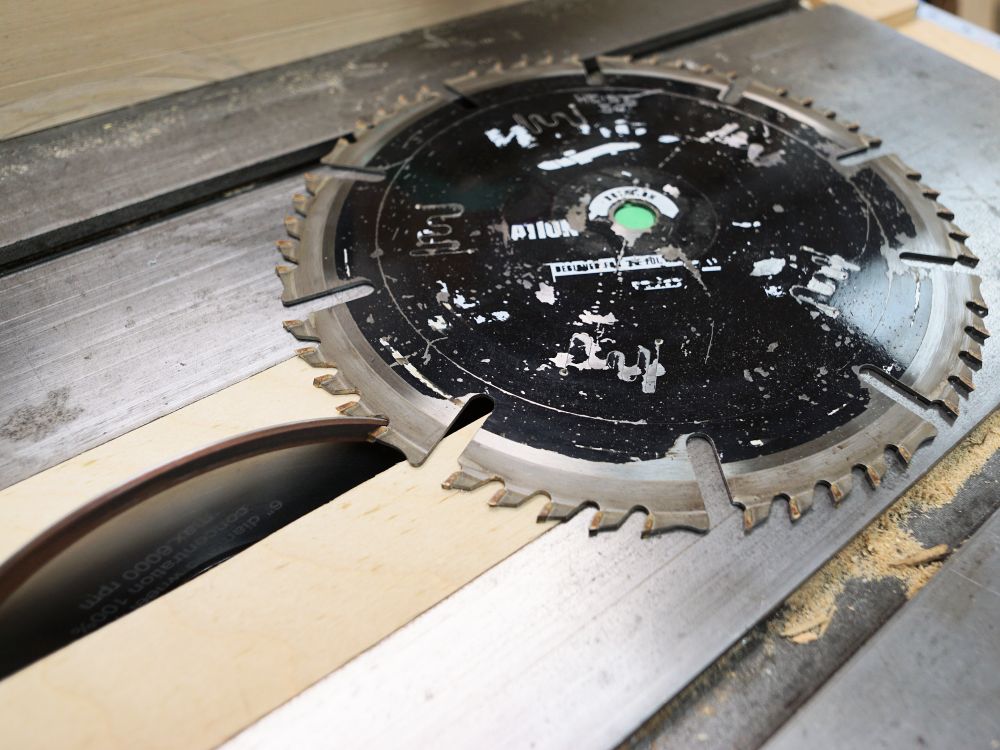 Here’s a closer look at the grind: 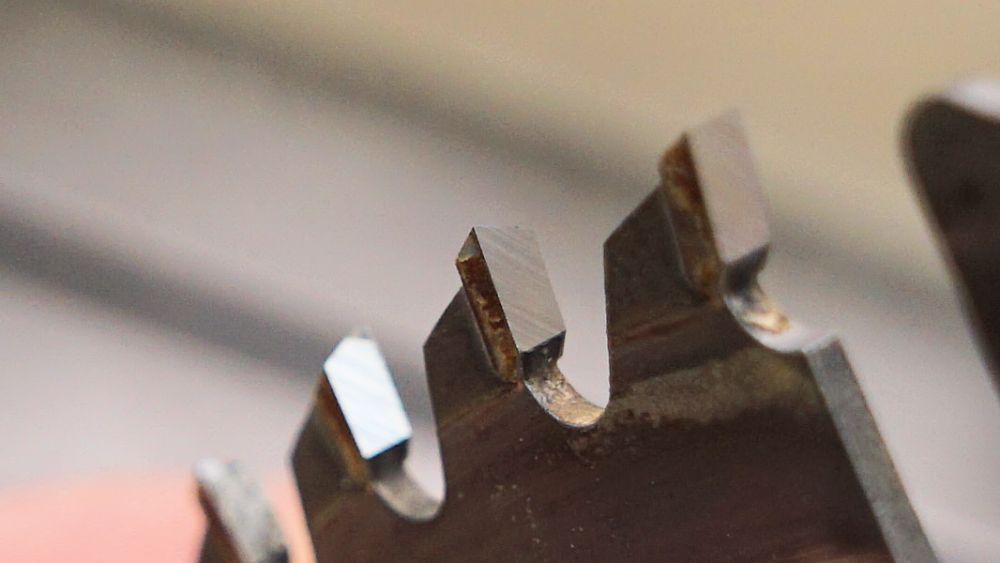 That was the first blade and I wound up sharpening a total of ten, including one that I couldn’t grind the face of the teeth because the gullets were too narrow. Instead, I tilted the grinding wheel to match the top bevel on the blade (20 degrees) and ground the tops: 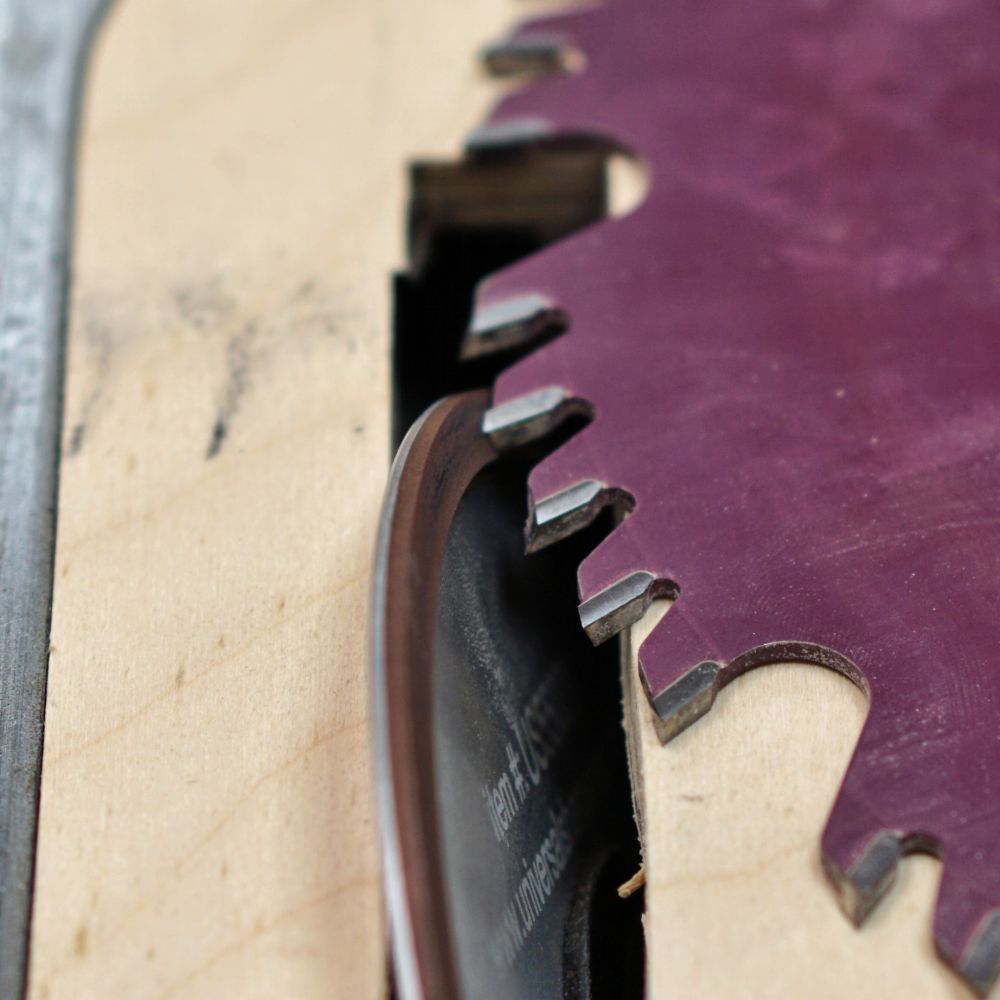 This blade has alternate top bevel (ATB) plus a flat top raker that starts the set of five teeth. Being able to tilt the grinding wheel easily is another benefit of using the table saw to do this.

The wheel is 400 grit and made to go onto a commercially available blade grinding machine. Is 400 grit fine enough for ultimate sharpness? Probably not, but I think it gets the blade back into usable condition and it does it quickly. It takes less than 10 minutes to sharpen a 50 tooth blade.

It came with a cleaning stick that just feels like one of those erasers for ink pens: 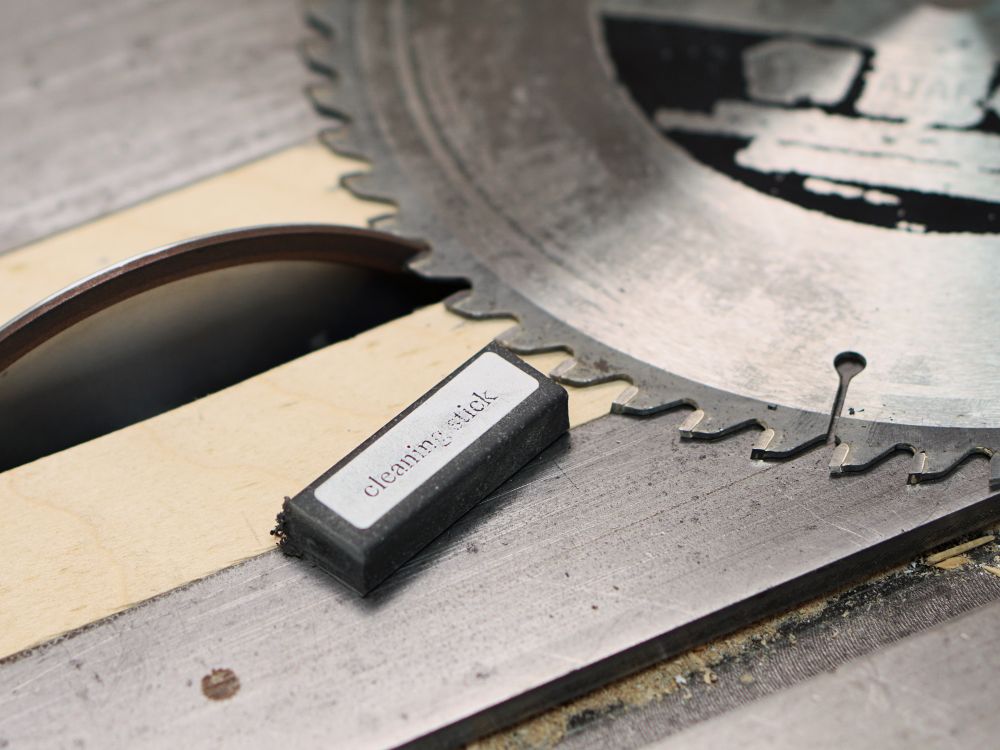 This is not my first time sharpening saw blades. I’ve done it several using a diamond file, manually grinding the face of each tooth right on the table saw, and you can read about that here.
Also, I tried a diamond belt on my 1″ x 30″ sander and used that to sharpen the blade on my biscuit joiner:

The belt was effective, but the bump where it joined was a problem, as shown in the video.

Since it is more than a year ago, I’m not sure exactly how much I paid for the grinding wheel, but I don’t think it was more than $100. And if I were to get the 10 blades that I did sharpen sent out to be done, it would have cost more than that for the sharpening alone, not to mention the time and travel to drop them off and pick them up. So any future sharpening will be free and it looks like the diamond wheel has many left – it’s showing no signs of wear at all.

Worth mentioning that this blade will also sharpen router bits. I did some of that in the video freehand, but I think a jig would do a much better job for that, so I may whip one up shortly.